Values of the Festival 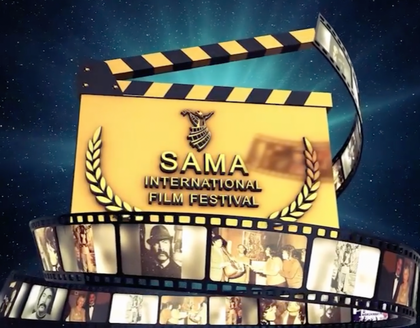 1.   The charter and purpose of the International Sama Film Festival in Sweden is to display and present the works of filmmakers of Afghanistan, Iran, Tajikistan, Turkey, India, Kazakhstan, Kyrgyzstan, and other countries which experience less focus on their works in Nordic festivals.

The festival also focuses on films by European and American filmmakers about Asia and presents their works of documentaries and long cinematic films.

2.   The charter of the festival is based on values such as freedom of expression, democracy, gender equality, attention to the rights of children and the appreciation of the positive values of life.

3.   The charter intends to demonstrate in the form of film screenings the consequences of war-related crises,  crises related to conflicts and confrontations, environmental crises caused by wars and other crises and social issues.

4.   The charter strives to create a space for increasing the level of knowledge and the recognition of the audience, coexistence, and the acceptance of each other in the world, through demonstration of good cinematic works.

5.   The festival charter focuses on films of the required quality. The films must contain the important parameters of good artistic and subject creativity and of proper technique. It is possible that sometimes the content of a film is more important than its technique and its screening will be considered a necessity by the group of selectors.

6.   By inviting the filmmakers charter of the festival creates dialogue sessions between the audience and the filmmaker, creates the cinematic round table and the film-related social and cultural discussions. At the same, another part of the objectives of the festival is to invite Swedish and European media, European Persian language television channels and media and publishing reports and film reviews.

The festival team welcomes all filmmakers and producers who submit their films and shakes everyone's hand warmly and sincerely.